A Savannah's wild look is often due to the presence of many distinguishing serval characteristics. Most prominent of these include the various color markings; tall, deeply cupped, wide, rounded, erect ears; very long legs; fat, puffy noses, and hooded eyes. The bodies of Savannahs are long and leggy; when a Savannah is standing, its hind-end is often higher than its prominent shoulders. The small head is taller than wide, and it has a long, slender neck. The backs of the ears have ocelli, a central light band bordered by black, dark grey or brown, giving an eye-like effect. The short tail has black rings, with a solid black tip. The eyes are blue as a kitten (as in other cats), and may be green, brown, gold or a blended shade as an adult. The eyes have a "boomerang" shape, with a hooded brow to protect them from harsh sunlight. Ideally, black or dark "tear-streak" or "cheetah tear" markings run from the corner of the eyes down the sides of the nose to the whiskers, much like that of a cheetah.

​​Savannahs are much more social than typical domestic cats, and they are often compared to dogs in their loyalty. They can be trained to walk on a leash and even taught to play fetch.

Savannah cats are the largest breed of domesticated cats. The Savannahs' tall and slim build gives them the appearance of greater size than their actual weight. Size is very dependent on generation and sex. F1 and F2 hybrids are usually the largest, due to the stronger genetic influence of the African serval ancestor. Male Savannahs tend to be larger than females. Early-generation Savannahs can weigh 20 lbs or more. Later-generation Savannahs are usually between seven and 30 lbs. Because of the random factors in Savannah hybrid genetics, size can vary significantly, even in one litter. 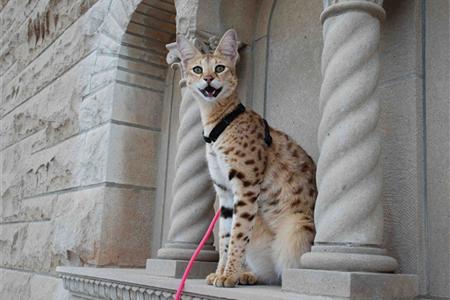 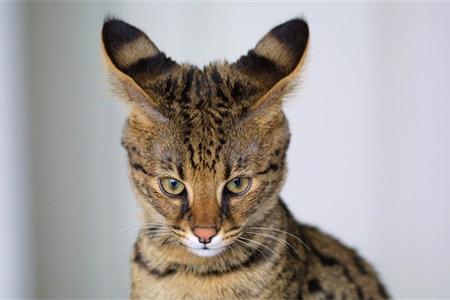 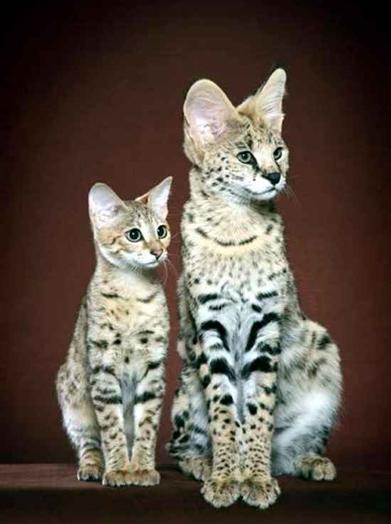 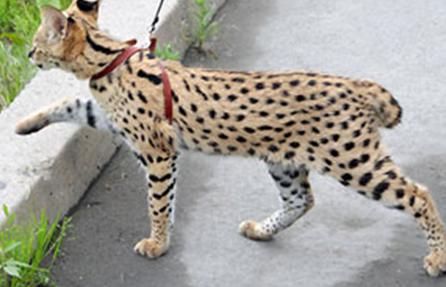 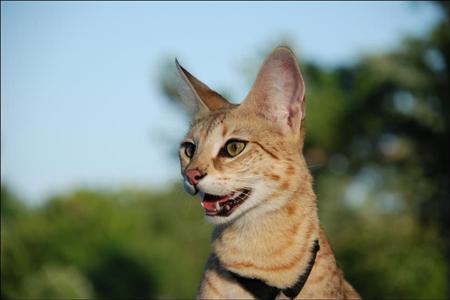